With cases of CWD on the rise, and more and more states detecting the disease in whitetail, mule deer and elk herds the concern over venison safety continues to rage on.

The ramifications of CWD in affected areas are pretty simple; when you harvest a deer, elk or moose there is always a chance that it is infected with CWD.

At the end of the day what you have to look at is what is the probability of harvesting an animal that has been exposed to CWD?

That number may not be immediately known, but there are some factors that we can use as a guide and precautions hunters can take to avoid eating infected venison.

The first tip is a bit of a no-brainer.

If you see an animal staggering along as if it’s been hitting the Jack Daniels or Tito’s Vodka a little too hard you may want to pass on it. The media hysteria machine has labeled CWD the “Zombie Deer Disease” for a reason.

In its advanced stages, infected animals often appear emaciated, malnourished and have trouble walking. Animals staggering along like zombies in areas with confirmed CWD cases may not make the best table fare.

While it’s quicker and easier to butcher a deer, elk or other large game animal by slicing through the bones, it’s not a wise move in today’s CWD-rich environment.

CWD prions can congregate in the bone marrow. When a saw blade slices through the bone it can smear the marrow and any CWD infected prions over and across the venison.

Instead, use a super sharp filet knife to cut around the bones and remove the meat. It takes a bit longer but it reduces exposure to any CWD prions.

Hacking through the bones and smearing the meat with skanky marrow isn’t going to win you any Top Chef medals!

Hang’ Em High (by the hindquarters)

If you plan to hang your prey and let the meat season (it really does help the venison become more tender), make sure you hang the animal by the rear legs.

CWD prions can congregate in the animal’s brain and the spinal cord area at the base of the skull. If you hang the animal by the head it’s believed that gravity might cause infected prions to travel downwards and contaminate other areas of the animal.

Sound like a load of B.S.? It may be. But it’s tough to argue with the effects of gravity. And in the world of CWD you are better safe than sorry.

Besides, hanging the animal by the head will make you look like an amateur. Daniel Boone, Hugh Glass, and Kit Carson always hung their prey by the hindquarters and so should you!

Not like Kevin Durant, but dunk it in bleach after its been removed. The last thing you want to do when your showing off that monster rack to your hunting buddies is expose everyone to CWD prions.

Dunk it in bleach or douse it heavily with a bleach-soaked rag to put the hurt on any CWD nastiness that may be present on your trophy.

Wear Gloves While Gutting And Butchering

Make sure to slide on a pair of that ultra-long and attractive latex or thin plastic field dressing gloves prior to doing the dirty work.

And when butchering the animal and handling the meat it’s a good idea to wear latex surgical type gloves as well.

It’s all about limiting exposure to those nasty CWD prions and gloves are a great first line of defense.

Get The Animal Tested For CWD

The current lab testing to detect CWD is very accurate. If your state offers free (or paid for) CWD testing, by all means, go for it!

Venison from animals that have tested negative for CWD taste much better!

That’s total B.S. But it is very reassuring knowing the venison meal you are feeding yourself, friends and loved ones is CWD free.

Having your quarry tested is also a great way to help in the battle against the spread of CWD, so why not lend a helping hand?

Taking basic precautions is a smart move, plain and simple. And since de-boned venison can actually taste much better than venison that’s been smeared with bone marrow it really is a no-brainer.

Safer venison that tastes better. Count me in!

With over 15 years of bowhunting and crossbow hunting experience, Shane is always ready to climb a tree during whitetail season or stalk the crop edges for spring turkey. Shane is old school and often prefers to hunt with a recurve crossbow. 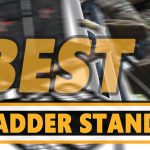 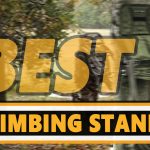